A long time ago, in a galaxy far, far away… I made a map for Counter-Strike 1.6… in 2003 ! At this time, I was living in Albi, south of France (near Toulouse). The place was called “Foyer Saint Joseph”, but is now more referenced as “Habitat des jeunes en albigois” (50 rue croix Verte 32000 Albi, France). It is an “auberge espagnole” (don’t know how to translate it…).

As the place was cool, I decided to reproduce it in a Counter-Strike map. For those who don’t know what sort of game is Counter-Strike, I invite you to ask Google. It is just one of the most played game of the world, and for me, a game which counted during my youth…

The first version was more close to the reality, but at this time, I had to simplify the shapes to make the map more playable, with less latency. For now, it is no more a problem, and if I have some time to loose, I’ll build a new version with all the details. The map is of type “demolition” (defuse a bomb).

So, here are some photos of the real place, and the game . You’ll also find the map for download at the end of the article. 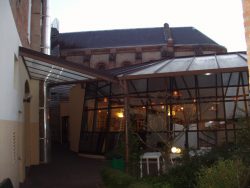 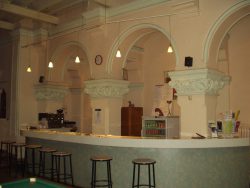 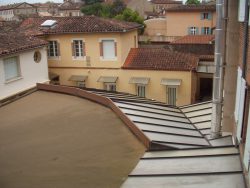 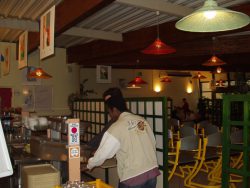 Articles in the web of the real place :

In 2004, I bundeled the map with realbot and podbot, but for now, I don’t know if it is still available or in use. After some time asking Google, I undestood that podbot with metabot is the solution in use today.